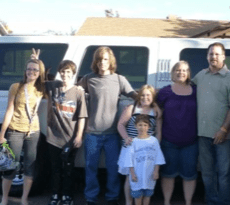 Growing up on a farm is no easy task. After moving to Washington when she was just two years old, Lara quickly became accustomed to her one stoplight town of Chewelah.  Being a farmgirl had its perks. One of which was that she could ride any of the animals on the farm. She would ride cows, horses, and pigs, but would get a kick out of riding the pigs because they would squeal all the way.

One day, her brother thought he would ride her cow. Being the responsible older sister that she was, she gave her cow a good smack on the butt, sending her brother flying off the cows bucking tail-end and into a pile of manure. 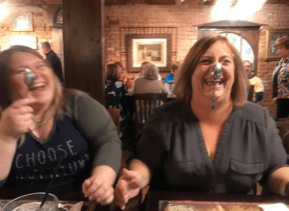 Being the oldest of two brothers and one sister brought out the boss in her. Her take-charge attitude led her to trying out many new things. She loved 4H where she sold steers to make some money. She also taught ski lessons to 5-year-olds at the ski resort 49° North. She loved anything in performing arts – she played the trombone, flute, was in drama, and performed in her marching band.

Lara was a free spirit with a desire to find her place in the world. After high school, she managed the restaurant Taco John’s in Washington. After working here and because of her ridiculous love of Mexican food, she fondly called herself the red-headed Hispanic. After some time, she met and married her husband Kendall, and they have been married for eighteen years. They each had two children, and together brought a beautiful baby boy named Matthew into this world. 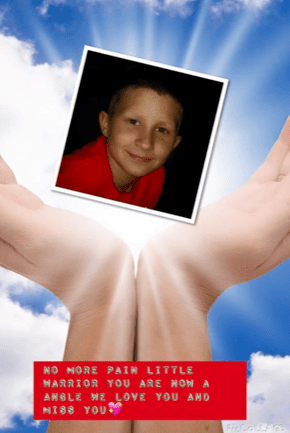 At the young age of four, their little boy was diagnosed with Leukemia. As shocking as this news was, they took the diagnosis and were determined to fight it. Matthew was nicknamed “our little man” and “our little spitfire” because of his fight and conviction. Matthew was a light in the lives of so many people. He inspired all who met him. He battled diligently for seven years, at which point his body had finished its fight. He was eleven years old when his journey here on earth was complete. His love and light were left with those who loved him most – his mom and dad. They continue to share his light with everyone they meet.

They share this light in their love of holidays and making others happy. They still decorate their house for Halloween and Christmas and dress up as Mr. and Mrs. Claus because that was what Matthew loved the most. He is still alive in them, and Lara shares his love in all she does and with everything she is. 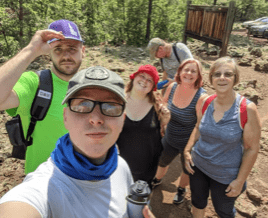 Lara loves to travel with her family. Some of their favorite vacations involved going on cruises. One place she would still love to see is the Maldives. She loves family time, being with friends, meeting new people, and going camping with family. Lara has a huge heart and a love of life that fills the emptiness in anyone she meets. We feel blessed to have her here at TIS.