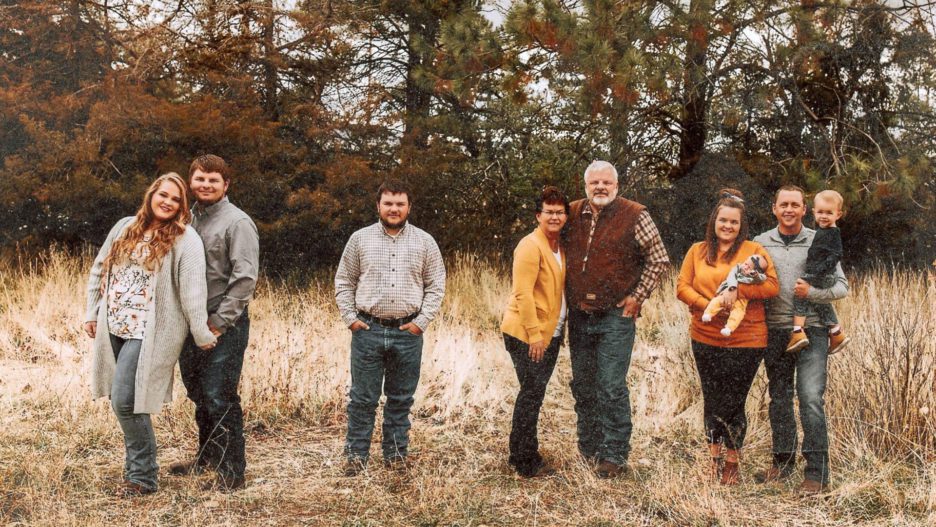 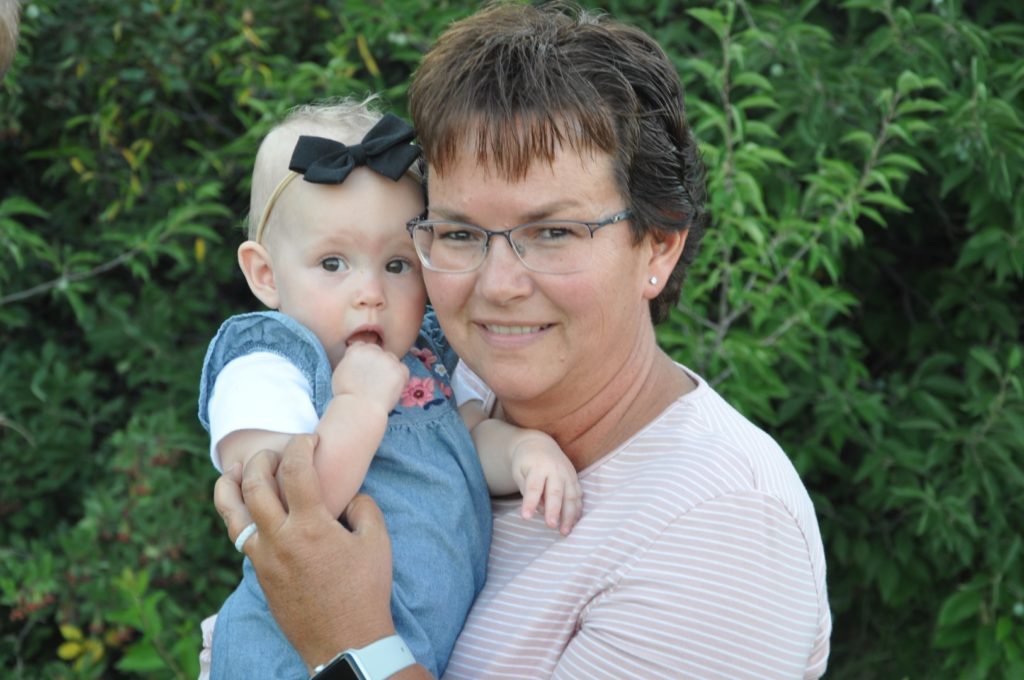 Growing up on a dairy farm does not necessarily make you a farm girl. Ironically, growing up on a dairy farm does not even ensure that you will like cows or milk. Our very own Kim Winborg recalls what growing up in Millville, UT on a dairy farm feels like. She remembers her dad milking 40 cows both morning and night and then still working a full-time job. She recalls that each of the four children in her family had jobs to keep the place running. Her job in particular was cleaning the milk tank, which she did not enjoy. 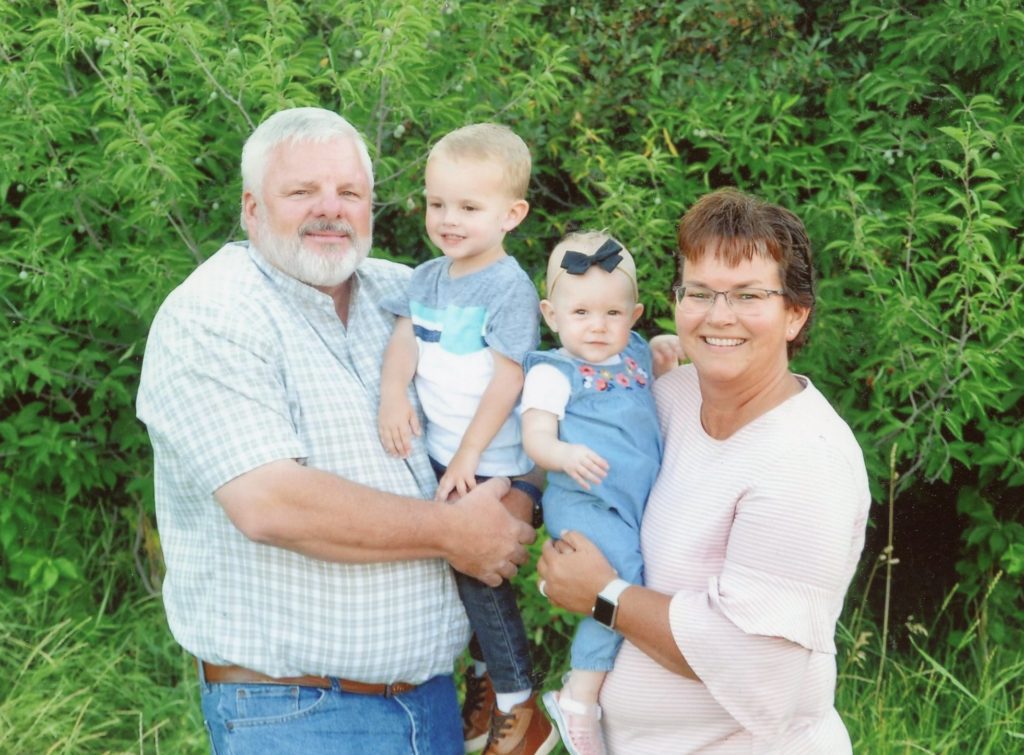 Cleaning the tank consisted of filling it up with water, adding soap, and then scrubbing it down with a brush. Because of her distaste of this job, she did as any teenager would do, and at times would do the very minimum. Somehow her dad would always know when she didn’t do the full job, and instead of getting mad, he would simply come in and say, “We didn’t do a very good job, did we.” It was simple, but somehow the disappointment in his face was more impactful than any form of punishment. She found herself not wanting to disappoint him.

Millville, UT is an area in Cache Valley. It is a rural community where neighbors all know one another and where you attend all high school sports games to support the community. It is a place of comradery and a place where you look out for others. 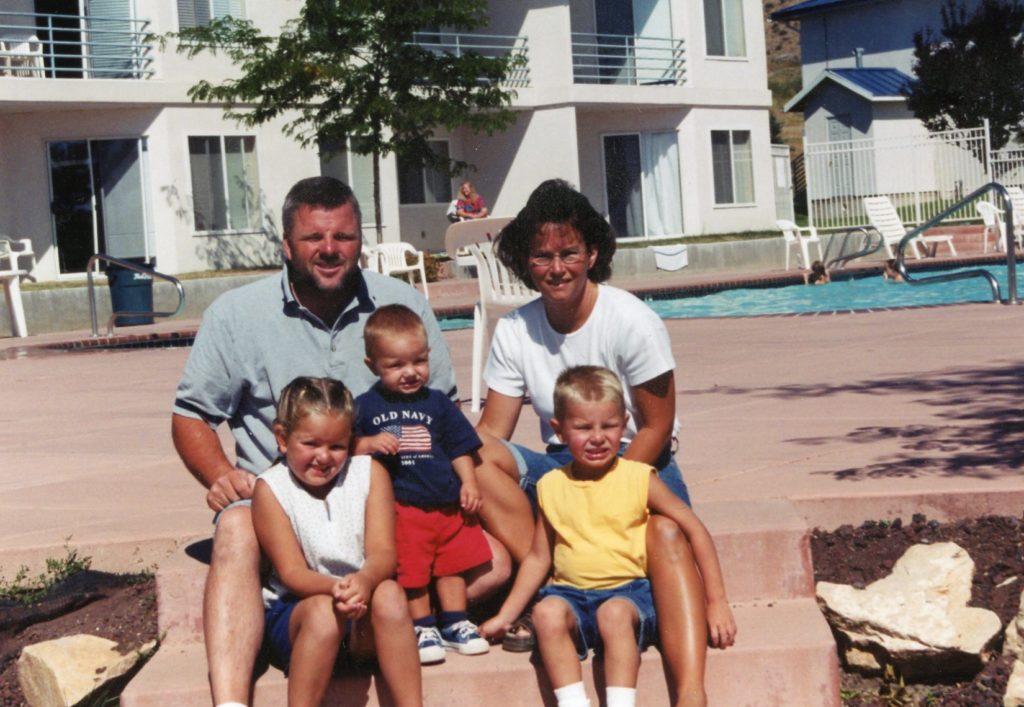 Kim was born and raised in Cache Valley and remembers with fondness the days when there was more land than neighbors. The neighboring farm connected to her family’s was a large 48 acres where the neighbor would let them ride quads, snowmobiles, and romp around for days on end.

When she was in high school, she participated in her school’s rifle for color guard. Their marching band consisted of 320 students. It was huge in their town. They got to travel all over to compete – one competition in particular that stands out was when they competed in Wisconsin.

While in her senior year of high school, she met Grant, who would one day be her husband. Grant was also from Millville, UT; in fact, they grew up just three blocks from each other. Grant was four years older than her, so she had been friends with his younger brother in school. They started dating shortly after she graduated high school, and then three years later, they were married in October of 1990. They now have three children – Chelsee, Kaden, and Carson and two of the sweetest grandchildren whom they adore.

Her family has always loved sports. They love to watch high school sports, Utah State Volleyball, Utah Jazz, Utah State Hockey, and pretty much anything going on. She still remembers going to a Utah State Hockey game where she found her son Carson standing on a chair yelling, “Number 20…your mother is ugly!” At that moment, she realized how much they were picking up from the other fans and had to quickly remedy their sports watching etiquette. 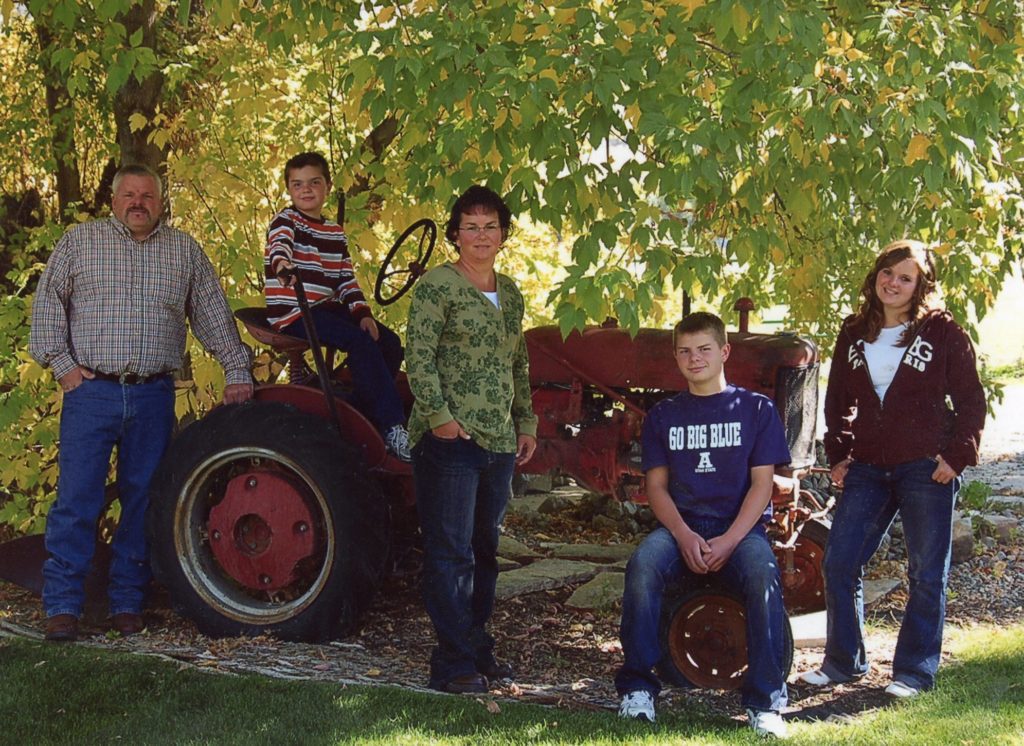 Kim has always been very sensible and rationale; she has always been the rock in her family. This came to be her saving grace at a time in her life when everything seemed to be coming down around her. It was just two months after her second child was born. Her husband had taken their oldest with him, and he was playing in an adult league softball tournament. Not too long into the game a wild throw hit him in the side of the head, knocking him unconscious and shattering his skull. A good Samaritan held his head until the paramedics could arrive. This moment changed their families’ lives forever. It put them on a course that they had not intended, but being that Kim was built the way she was, she took it in stride and rose to each new challenge.

Kim feels blessed to have the children that she does; she says she knows that they were meant for just their family. Since the accident, they have done everything to take care of him. They truly were the best for him. Life changes immediately took place, allowing for Kim to take a role of providing, so that he could be more present with the family.

To keep her sanity, Kim enjoys walking; it is her therapy. If she feels frustrated, she walks until it is all resolved. Another pastime she enjoys is cross stitching. Every room in her house has a large piece that she has made. Maybe she gets this from her father, but she has to always stay busy.

Kim has led a life of conviction and resolve, as she strives for perfection in all that she does. We have been blessed to have her incredible work ethic and experience as a mainstay in the opening of our Utah office last year.