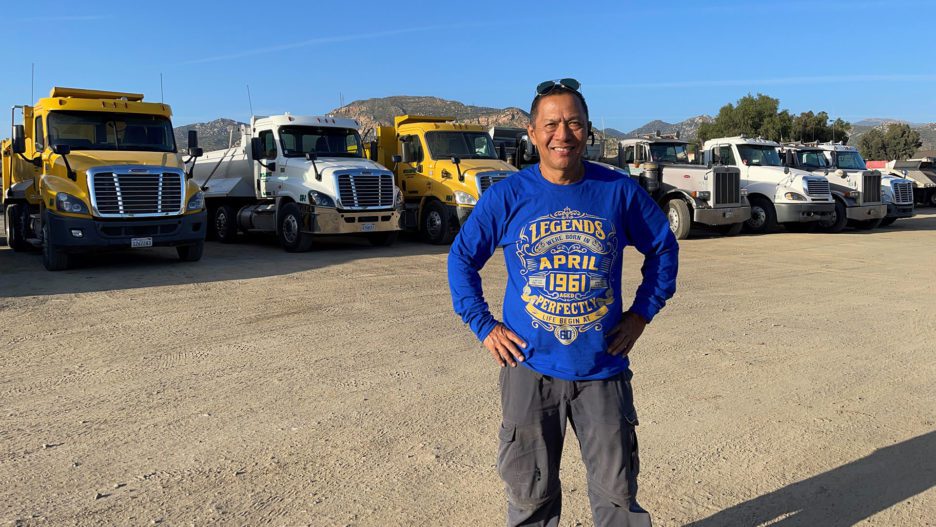 Manny Rilloraza met his wife Elise, of 41 years, in college and together they had three children. After their children had the opportunity to attend college in the United States, they decided that they absolutely had to follow them. It was just sixteen years ago that they left their home of Baguio City, Philippines to move to the United States.

A proud father/grandfather does not do justice with how he feels about his children’s accomplishments. His oldest child Jason is married to Rhovafe, and both he and his wife are engineers. His daughter Janelle is married to Andre, and they are both web designers who love to travel. Johnathan, his youngest son, is married to Hershalle and is also an engineer for the city of San Diego. Manny is also the proud grandpa of two grandbabies with one on the way.

Manny has been in the dirt, demo, sand, and gravel business for sixteen years. His company is located in San Diego where he has six employees. While Manny is primarily involved in the business side of things, he relies on his wife to handle the office payroll and billing.

Although Manny had a college degree prior to moving to the US, he drew upon his nine-year experience as a dispatcher to start his own trucking company. He purchased his first truck and continued to build his business from there.

The name 939 Transport has a sentimental origin, as it stems from his original call sign of 939 from the Philippines. Although the trucking industry is challenging and risky at times, Manny is driven by financial success for his family. His favorite pastime is spending as much time with his family as possible.

Manny shared that one of his claims to fame is that Joshua Vasquez, the lead guitarist for The Simon and Garfunkel movie is a close family friend – he is like a son to him.

Manny is one to share positivity whenever he calls, and we are so fortunate to have worked with him for so long. He has been with TIS for sixteen years, and we have enjoyed growing with his family business.